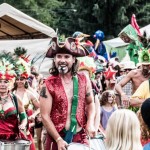 Rooted in the Rio Carnaval style of Brazilian samba, the group nonetheless incorporates other style of Brazilian music (such as Forró), as well as other influences from around the globe (Bhangra!).
The group performs on Parade, as well as on stage, utilizing members’ vocal talents and skills on various instruments which complement the samba bateria. Highlight performances include the annual Starbelly Jam music festival in Crawford Bay, BC. 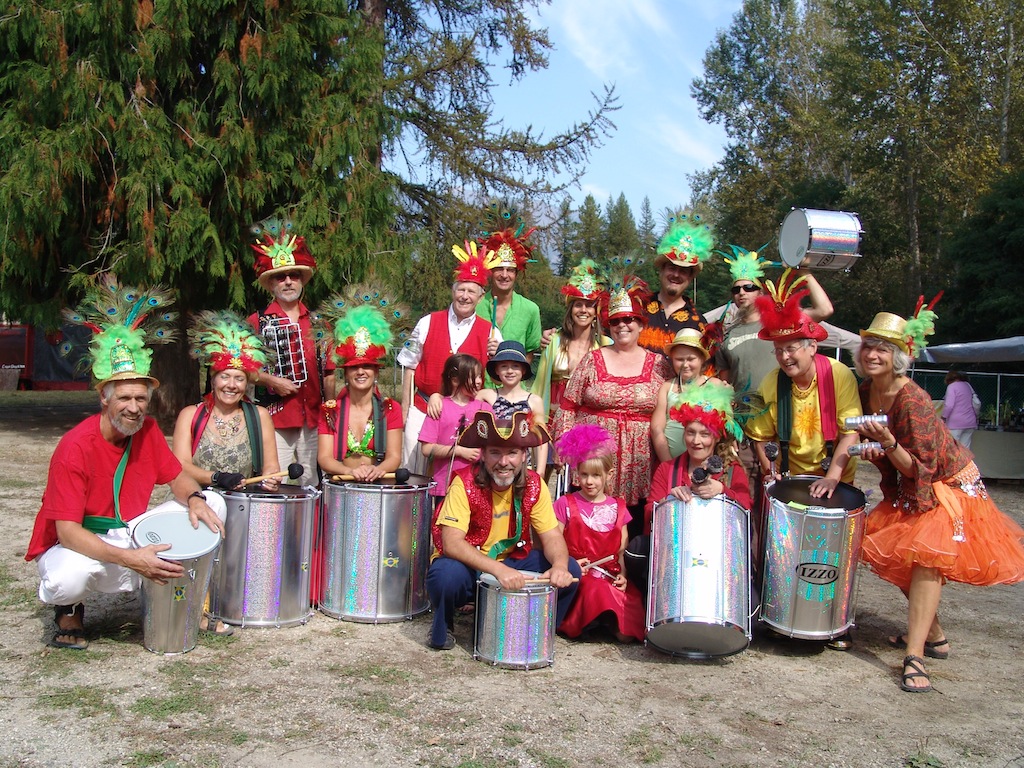 Samba Lago Profundo is an all-inclusive group featuring the talents of a broad cross-section of the East Shore (Kootenay Lake, BC) community. Members’ ages range from nine to seventy-seven.