Building a MIDI controller in the form of a synth-string instrument (ie: held like a guitar) which controls MIDI-enabled music apps on the docked-in iPhone.

This project has been in the conceptual stages of development since June 2011. Now in 2014 it is finally coming together! 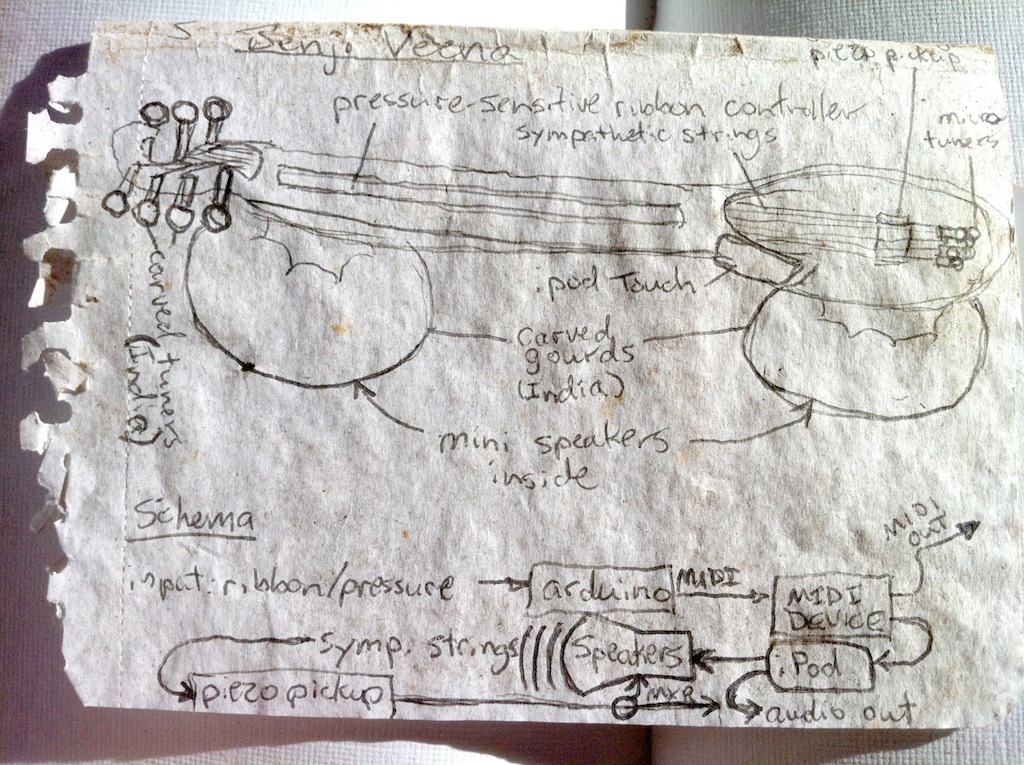 The signal from the input devices (touch strips & knobs) is sent to a micro-controller inside the instrument which converts signal into MIDI messages. These messages control audio apps running on an iPhone, which is docked-in to the instrument itself.

The afterbuzz can be played self-sufficiently – that is with no connections to any external devices – and the sounds heard from the build-in speaker located in the toomba or upper resonator. Alternatively the instrument has audio output for playing through a sound system. There is also an audio input suitable for a vocal microphone (to be processed through the iPhone), and MIDI output – enabling the afterbuzz to control external devices of all kinds.

At last the right piece of wood has manifested for the body of the Afterbuzz.. thanks to Merv Robertson (crazy cool woodcarver guy) for this awesome piece of teak signage which was originally intended for the Shambhala Music Festival. Alas, the signmaker spelled Shambhala wrong (oops) so now the teak gets a new life. It feels like destiny that it will eventually grace Shambhala with it’s presence! 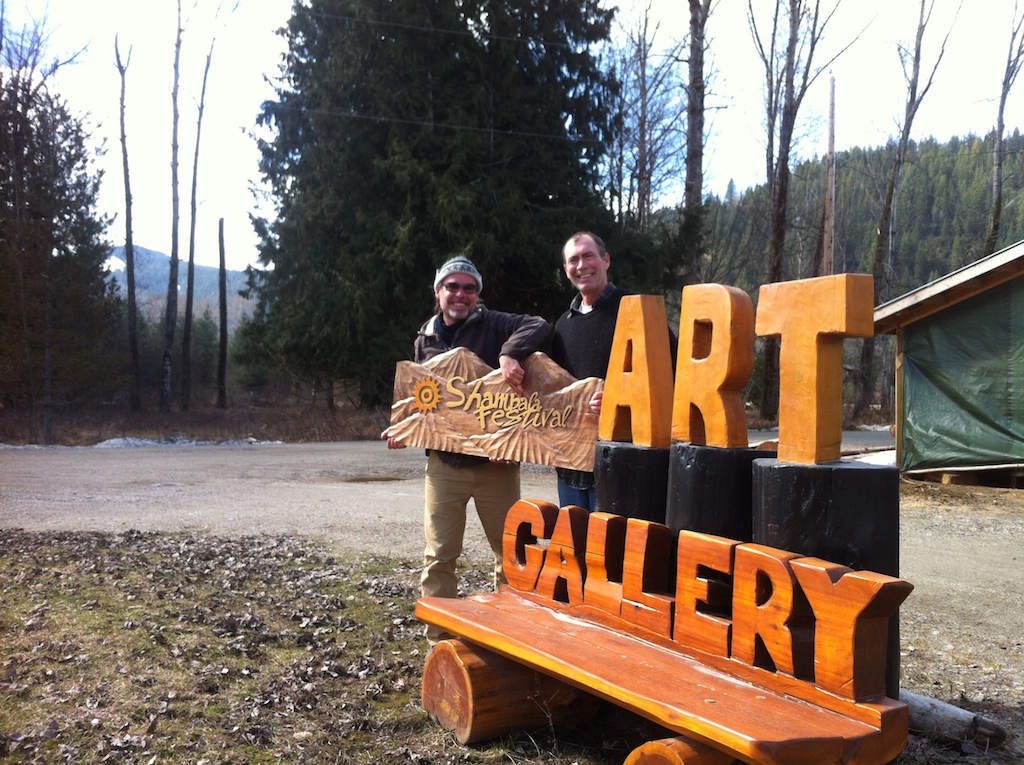 Ben & Merv Robertson with a teak sign which was meant to be an instrument.